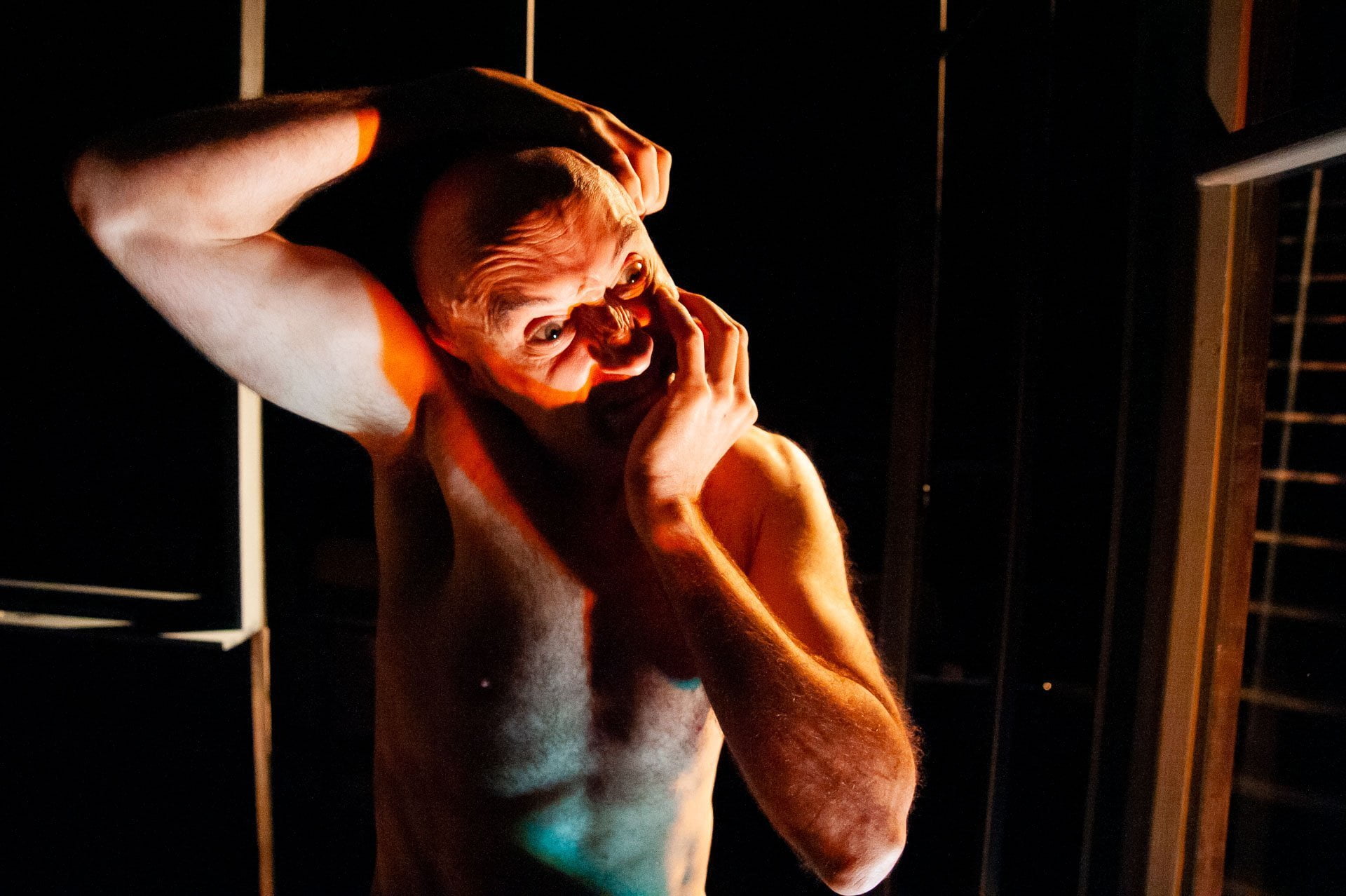 4.48 Psychosis was Sarah Kane’s last play.   She killed herself in a hospital in 1999 at the age of 28.  The text is an exploration of severe depression.

Adrian Osmond of Sweetscar directed this production at the Tramway in Glasgow. The audience were lead into a blacked out auditorium by ushers with night vision goggles only to be sat isolated metres apart in complete darkness.

We wanted to create a unique theatrical experience that could be wholly immersive for the audience… that would make their emotions the central focus, and allow them to delve into these privately during the performance.

Kai fischer’s lighting of this piece made for some very dramatic images of performer Keith Macpherson.