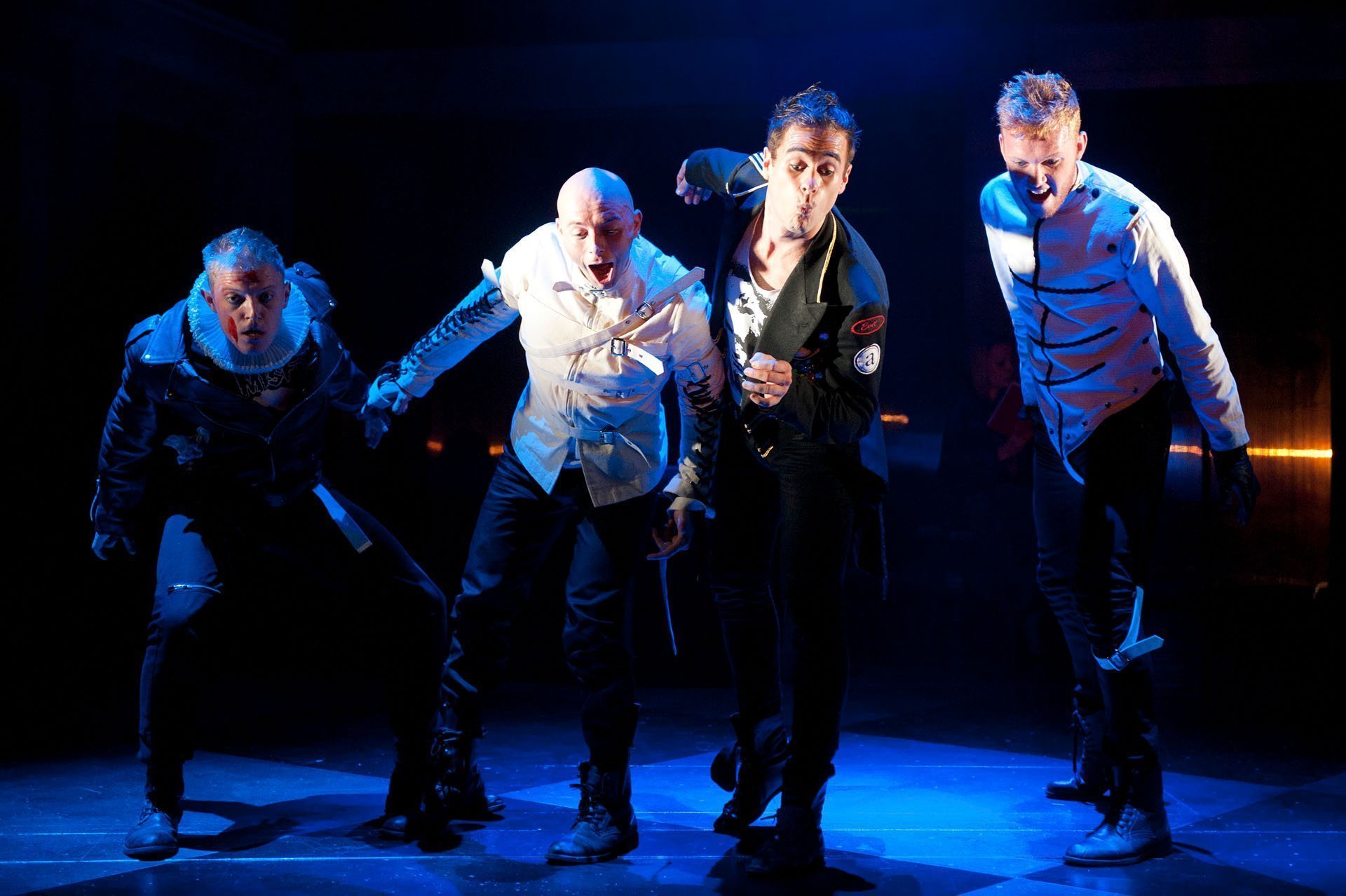 Made famous by Stanley Kubrick’s 1971 controversial film adaptation, which was withdrawn from distribution for 27 years, A Clockwork Orange has been both celebrated for its bold, futuristic vision of a dystopian society and criticised for glorifying violence and spawning a spate of copycat crimes.

This stage production, based on Burgess’s own script, raises questions of morality, free will, state control and extremism.

Directed by Jeremy Raison and designed by Jason Southgate, the production is highly stylised, conceiving its own iconography whilst remaining true to the spirit of Burgess’ s text.  Set against a bleak industrial landscape and accompanied by a specially composed urban soundtrack from Graham Sutherland, Burgess’s protagonists combine Shakespearian romanticism with a punk and new wave twist.

I was recently asked to contribute photos to the International Anthony Burgess foundation for an exhibition celebrating A Clockwork Orange on stage. You can view the exhibition here