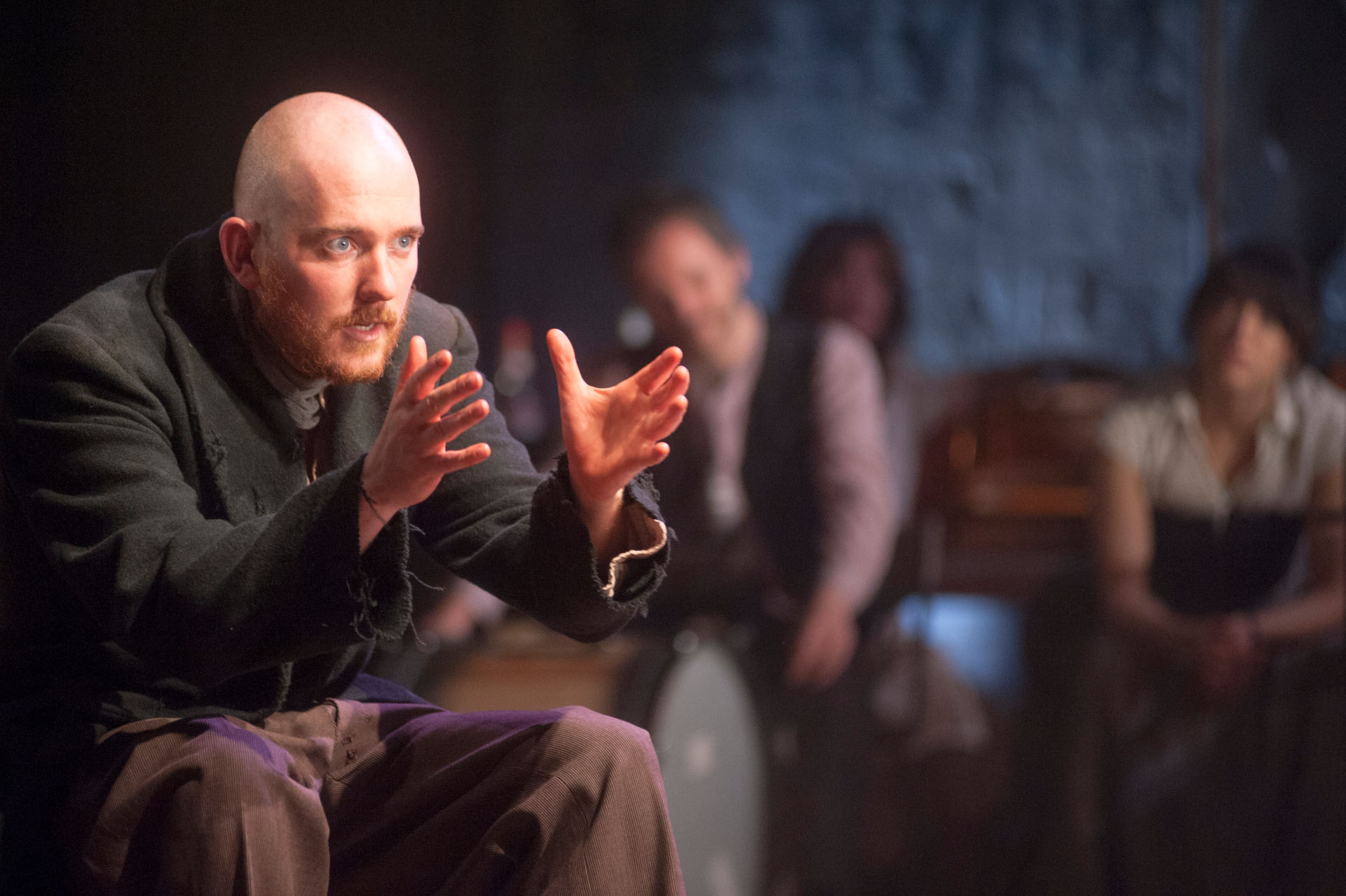 Raskolnikov is surrounded by the harsh injustices of the world; the grime of poverty and prostitution, unscrupulous pawnbrokers chasing debts; and a sister about to marry someone she doesn’t love to keep her family alive. His guilt is unbearable. Only Sonya, a downtrodden prostitute, can offer any chance of redemption. As Raskolnikov enters a dangerous cat and mouse game with the magistrate, a psychological thriller unfolds…

More photos from the Citz | Promo shoot for this show