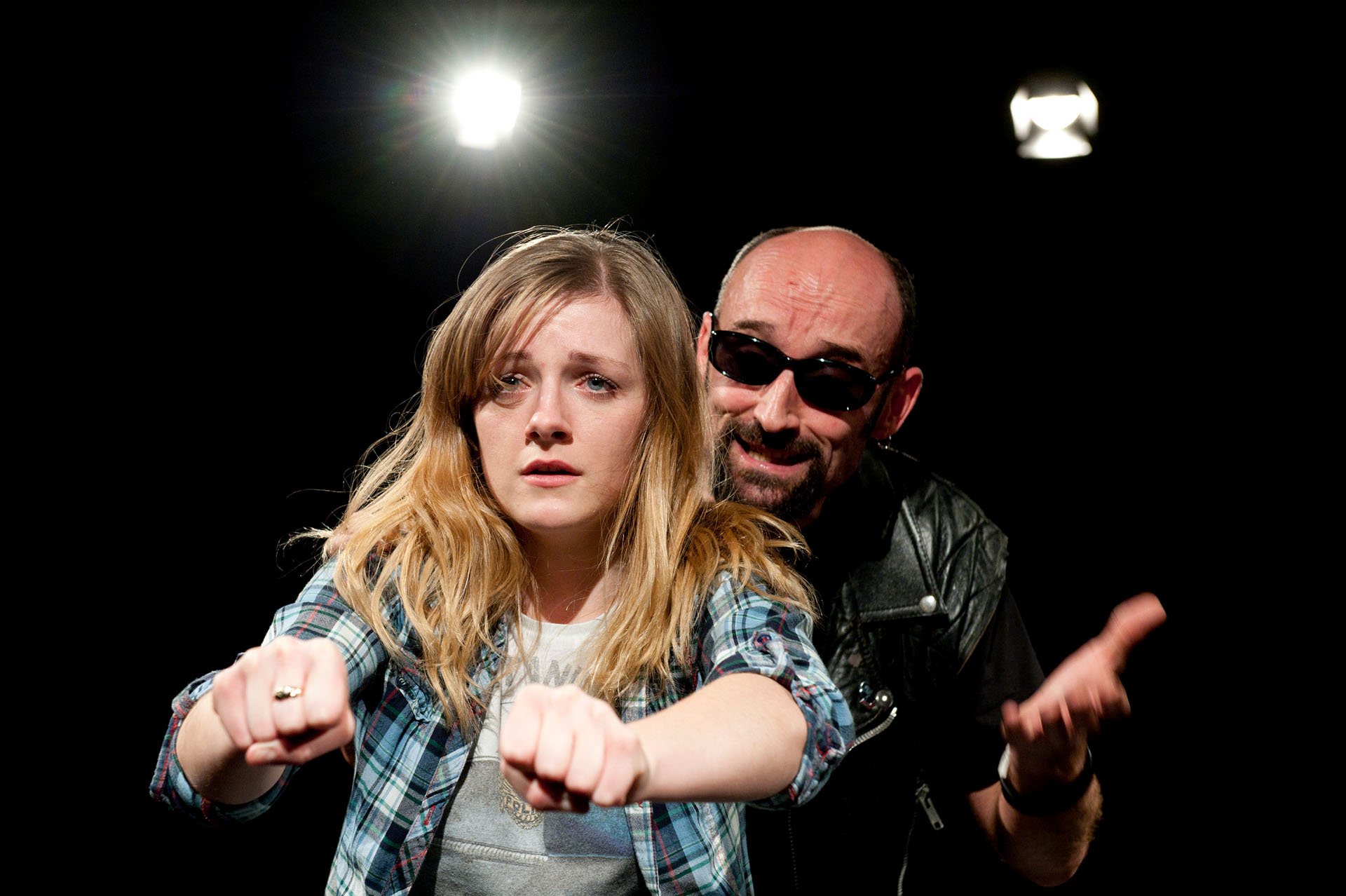 Duck Macatarsney is a teenage girl who cares for her biker dad whose MS is getting increasingly bad. Her Dad – Duke – is a spliff smoking (for medicinal reasons you understand), bike riding, heavy metal and horror movie loving, pizza eating widower who’s brought up Duck since the death of her Mother in a crash. The two of them are just about surviving when one morning the Duke wakes up blind and the Duck hears that the Social Services are coming to take her away. The Monster in the Hall follows Duck as she tries to protect her world from the terrifying prospect of change.

a low budget indie comedy musical about a girl on the verge of a nervous breakdown played out by four actors and a big fat motorbike which goes vrrooommm.

Photos from the TAG/Citizens theatre production of David Greig’s play, directed by Guy Hollands in the circle studio, November 2010.

Monster in the Hall – Production Photos

The Importance of being Earnest