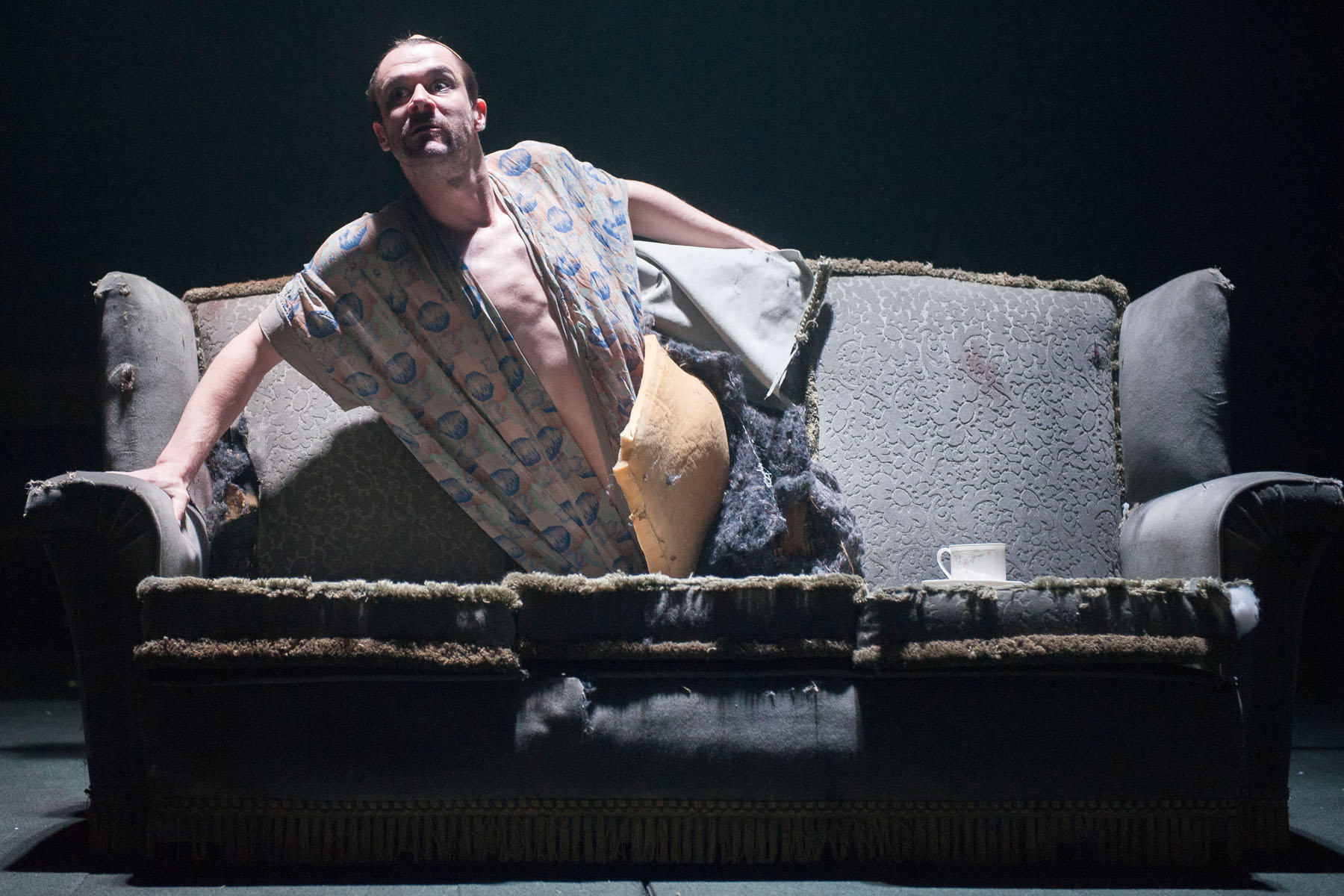 Before Danny Boyle’s globally successful film adaptation of Irvine Welsh’s Trainspotting, there was a theatre production at the Citizens that started it all. As the world waited for the film’s sequel, the Citz brought the notorious story back to the stage.

In a world where work and opportunities are scarce Renton, Sick Boy, Begbie and Spud rail against the trappings of a successful lifestyle held out of their reach, and seek life through the point of a needle. Published in 1993, Trainspotting defined a generation and remains one of the most important, hard-hitting stories of our time.

Directed by Gareth Nicholls who was the director in residence at the time.

And if you want further proof that Trainspotting is one of the great, iconic narratives of the last 25 years, then you should beat a path to the Citizens’ Theatre, where this sharply-timed revival of Harry Gibson’s stage version – emerging just in advance of the film’s sequel – is playing to packed houses and standing ovations.

More photos at the Citz

The Elixir of Love – Scottish Opera