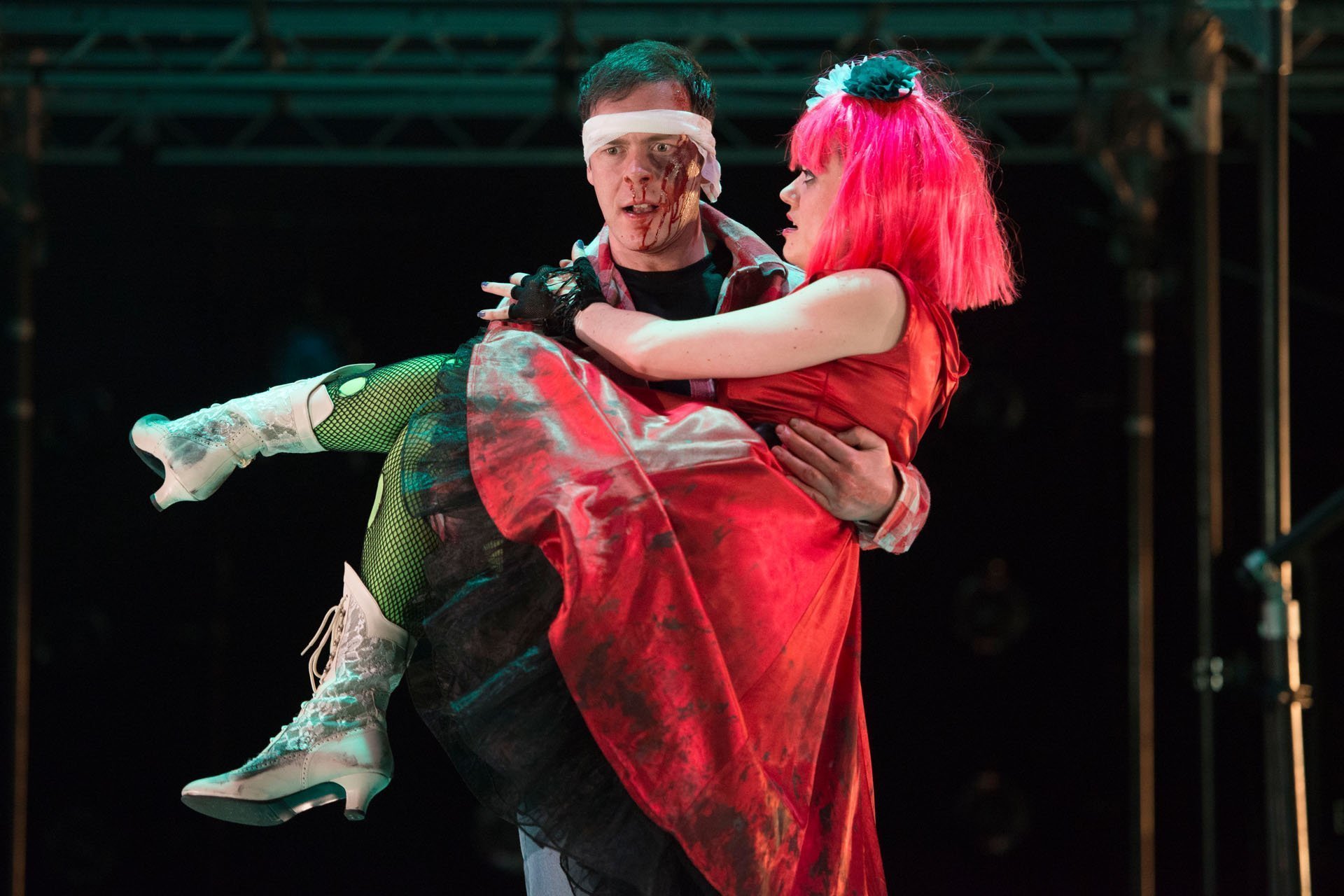 Fighting to reclaim their neighbourhood, the lives of a sleep-deprived new parent and his civic-minded wife begin to unravel. Meanwhile, forced to confront their monsters, a colourful array of characters tell their stories. These include an ambitious “Hutchie” boy and a pair of young missionaries. A performance artist, her alter ego and an unscrupulous property manager.

A fantastical love letter, not just to the Govanhill neighbourhood it is set in, but to the city itself

I remember Douglas telling me about this when it was just an idea in his head. Subsequently I was very excited when the opportunity to photograph the production came up at the Citz.

Into That Darkness – Citizens Theatre