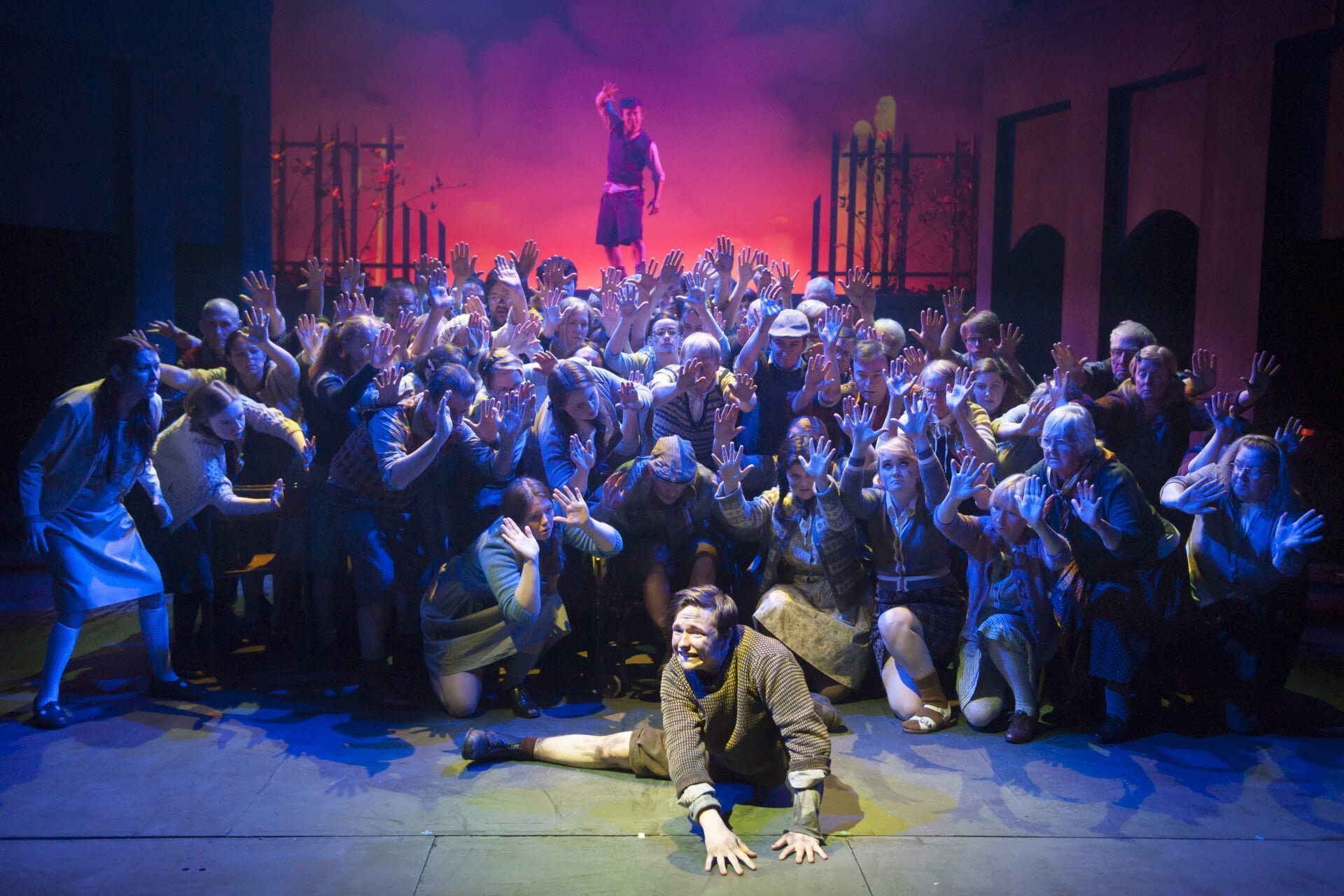 Another superb and ambitious community production, The Gorbals Vampire from the Citz.

In 1954, playgrounds across the Gorbals were abuzz with rumours of a man with iron teeth who had abducted and eaten two local young boys. One night in late September, hundreds of children aged 4 – 14 gathered at the Southern Necropolis. Armed with whatever they could find, they mounted a courageous campaign to track down and kill the Gorbals Vampire.

Inspired by real-life events, Johnny McKnight’s tongue-in-cheek script is inspired by the dramatic events of that night, brought to life by a large company of up to 50 performers drawn from our local community and further afield directed by Guy Hollands and Neil Packham.

I’m really happy to have photographed this show. Inspired by real-life events which took place in the Southern Necropolis in 1954. This show highlights some of the flaws of organised religion. Without further ado here are a few of the images I captured.

I also took photos of some of the original protagonists at the southern necropolis.

The Elixir of Love – Scottish Opera