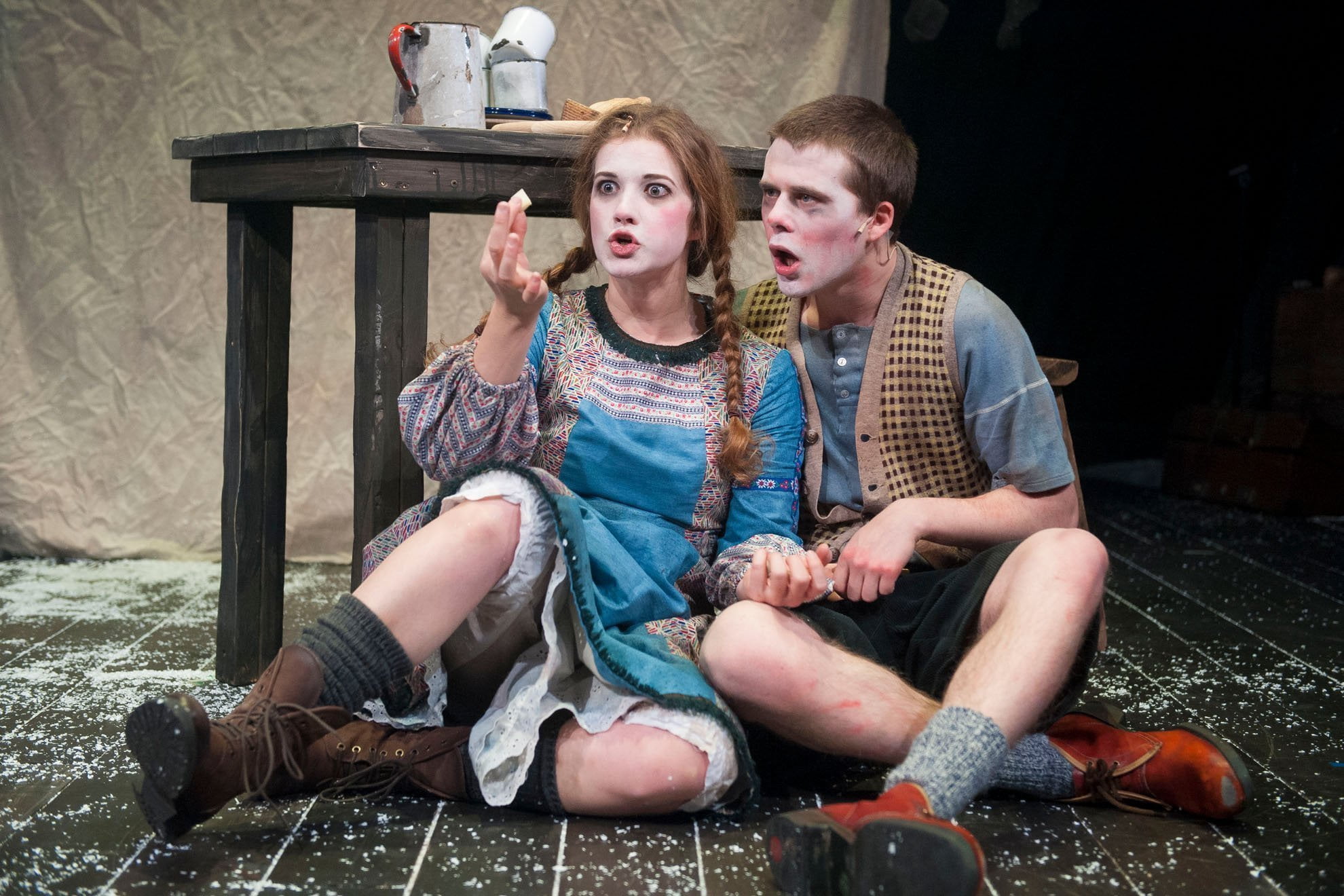 Run away to the circus with Hansel and Gretel!

Production photos from the 2016 Christmas show at the Citizens theatre. Created by the team that brought us “A Christmas Carol”  in 2014. Directed by Dominic Hill and music by Nikola Kodjabashia.

Left deep in the forest with no hope of finding their way home, the children stumble across a colourful group of performers from a magical circus. They meet Rab, the greatest acrobat who ever lived, Moff the bravest horse rider in all the world, and Uncle Shoes the clown with the biggest shoes, funniest face and biggest pants!

Together they must rescue Rab and Moff’s father from the hungry witch and find their way home. But they can’t do it alone – they need your help! Join Hansel and Gretel on a magical adventure this Christmas.

More photos from the Citz