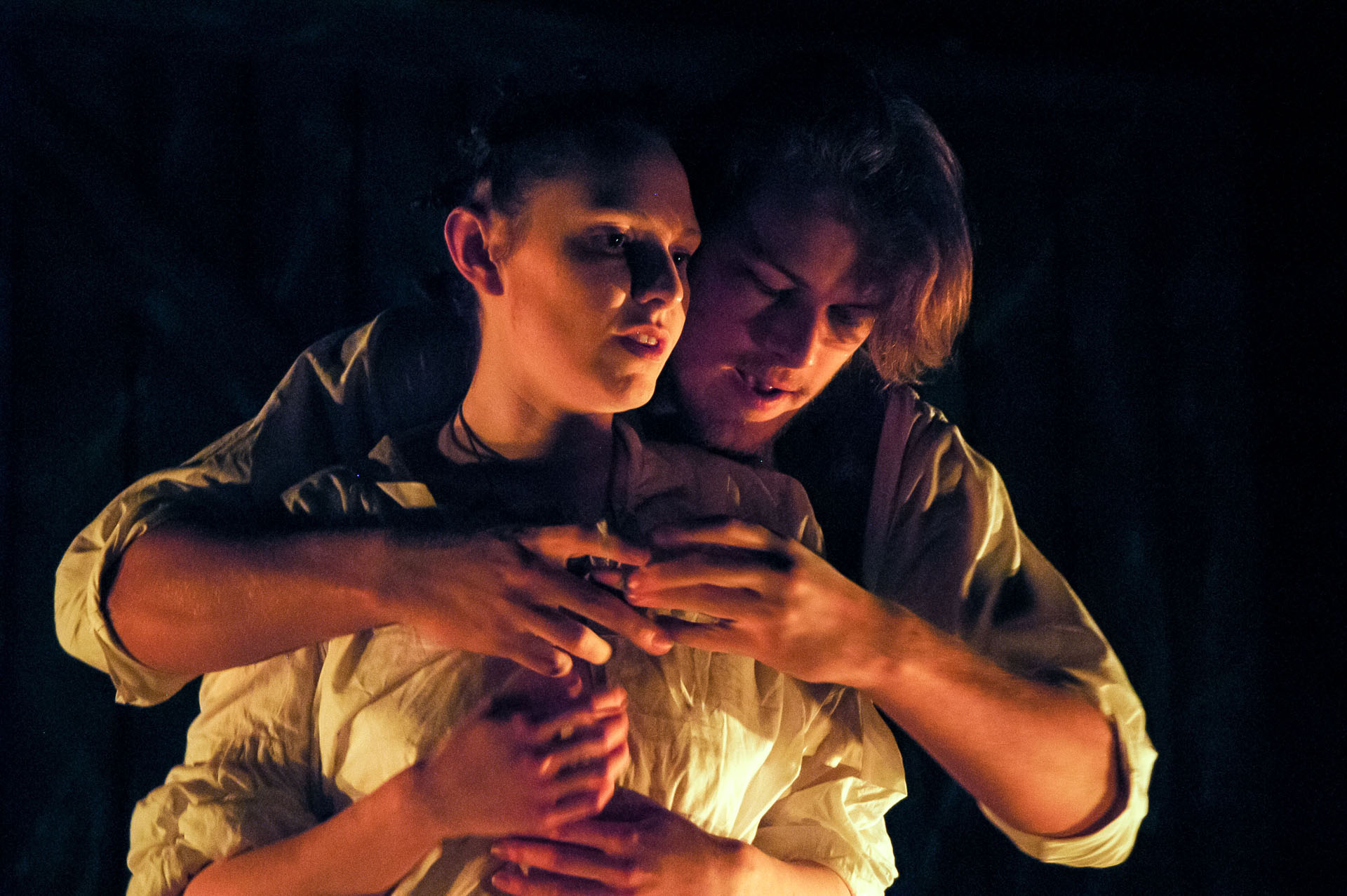 This was 10 years after the first production of David Harrower’s Knives In Hens and it had become a modern classic. Having been translated for performance in over a dozen countries, at the time it was one of the most performed Scottish plays outside of Scotland.

This was a technically difficult show to photograph as it was in very low light and digital cameras being as they were in 2005 didn’t serve so well in those conditions. TAG theatre company has long since merged with the Citizens theatre but lives on in their many projects for young people.