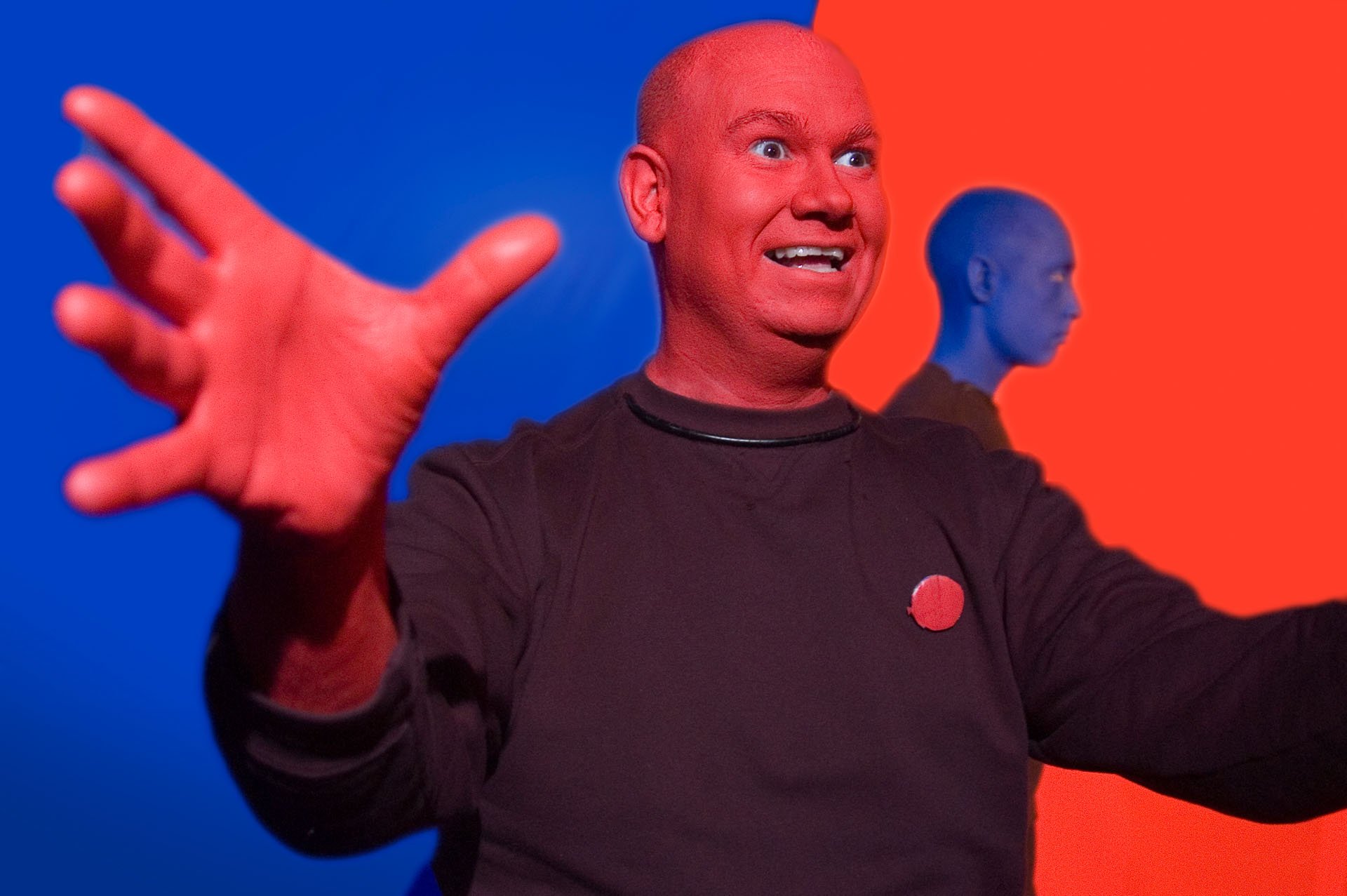 Production photos from Adrian Osmond’s sureshots series at the Tron. A red man and a blue man stand in their respective squares. Red wants Blue to be like Red.  It doesn’t end well for Blue.

Osmond’s radical Muffin … its high production values and inspiration in clowning and cartoons made it an original addition to a growing list.

The Magpie and the Cat