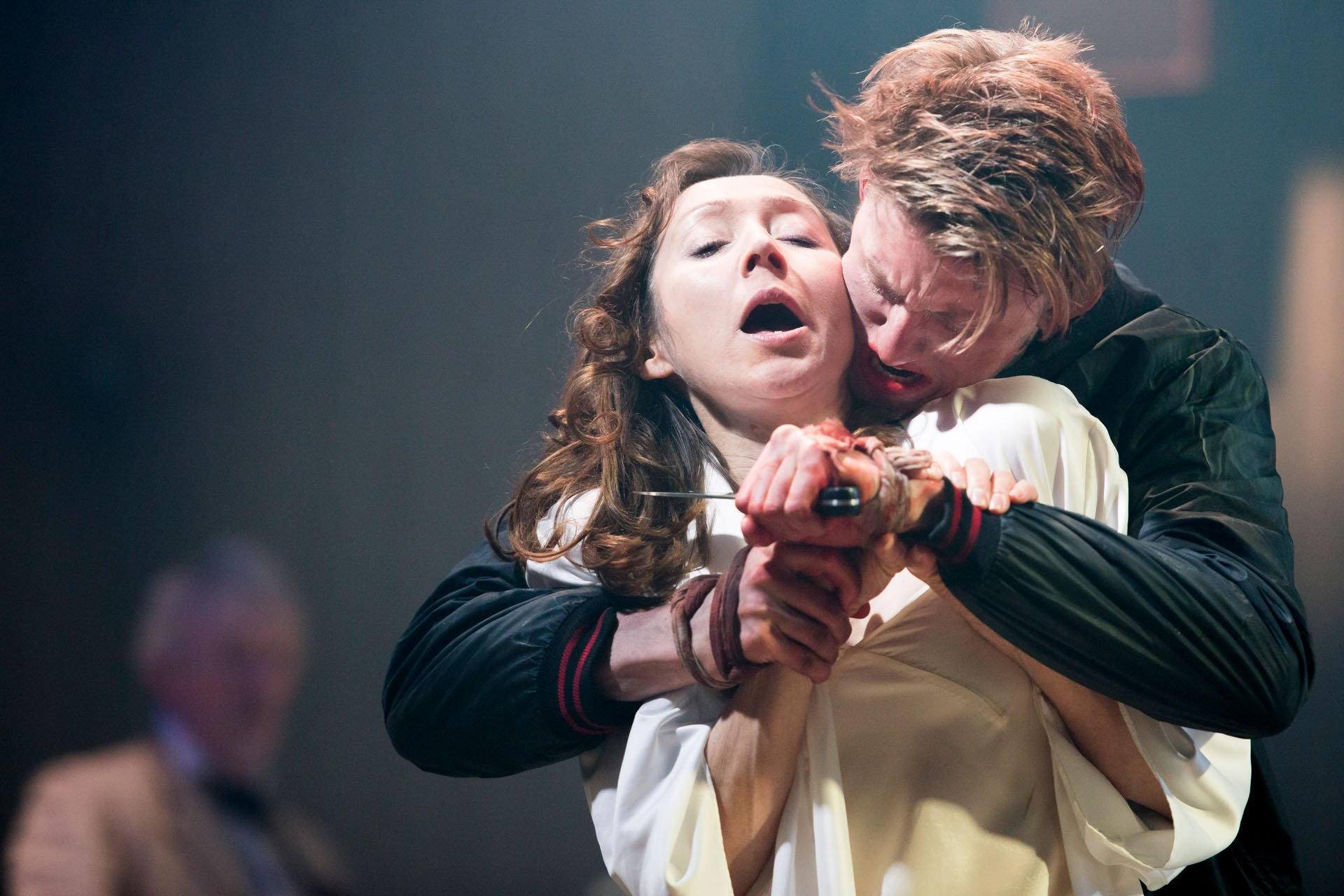 This Restless House, based on the epic Greek trilogy The Oresteia, is an exhilarating theatrical event. A contemporary take on an ancient drama that has survived two and a half thousand years. This was a production of Zinnie Harris’s faithful, but without a doubt innovative, reimagining of the classic text. Director Dominic Hill together with musical director Nikola Kodjabashia’s live atmospheric soundscape created a potent mix.

Formerly, this award winning show ran at the Citizens theatre in 2016 but also in 2017 during Edinburgh festival. For continuities sake and due to the the sheer number of images available, I’ve only included images from 2016. The 2016 show by Citizens theatre and the National Theatre of Scotland was presented over two performances, truly an epic play!

A production of depth, ambition and creepy power