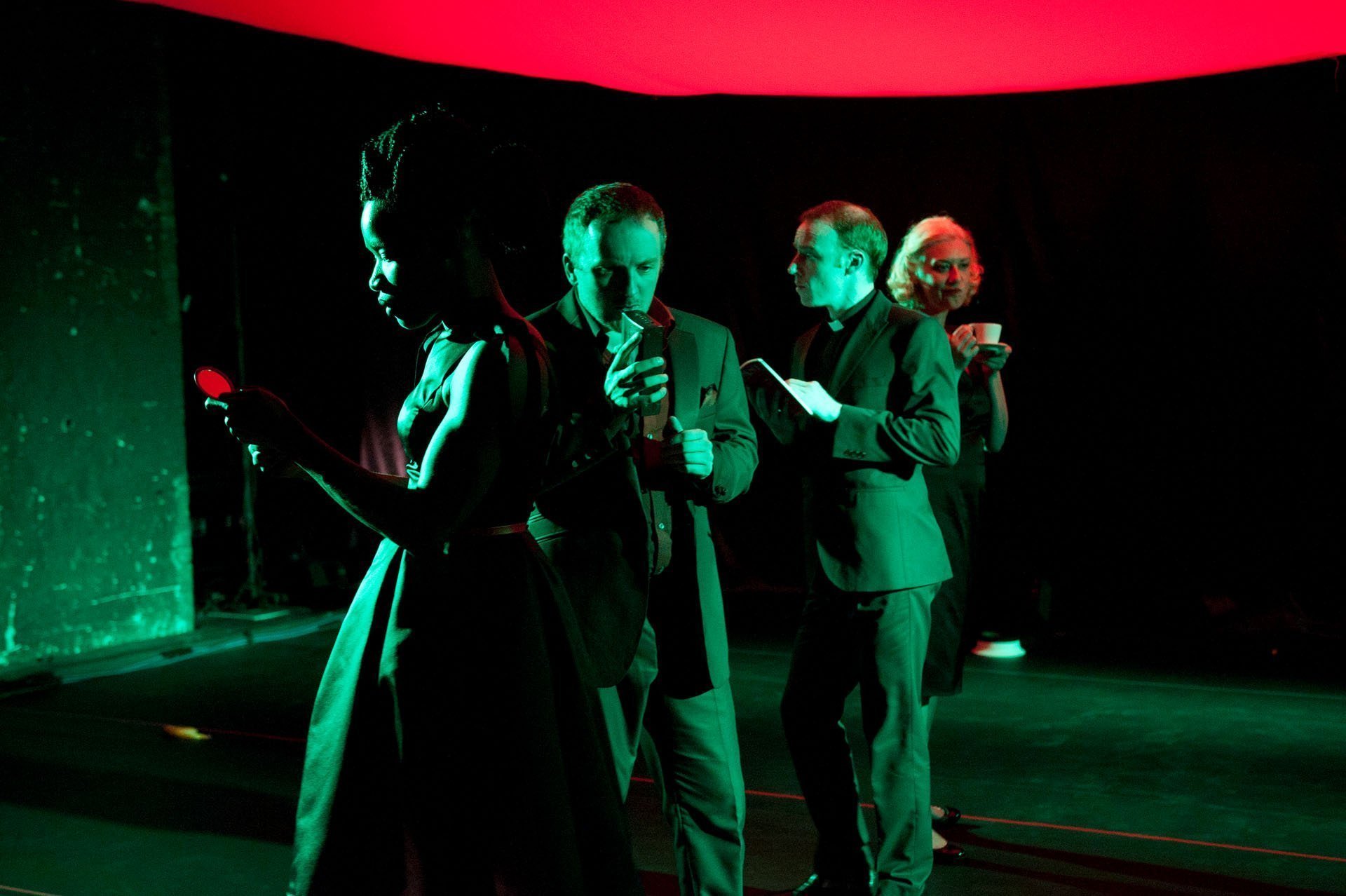 A luscious and innovative drama set on the silky nocturnal canals of Venice where the audience close their eyes and take part in a tranquil guided meditation during the show.

Four characters across four different decades glide along silky Venetian canals after midnight but never meet. A meditative priest accused of heresy. A historian suffering sudden night sweats. A writer abandoned by her fiancé. A famous art collector drowning songbirds in cognac then roasting them whole.