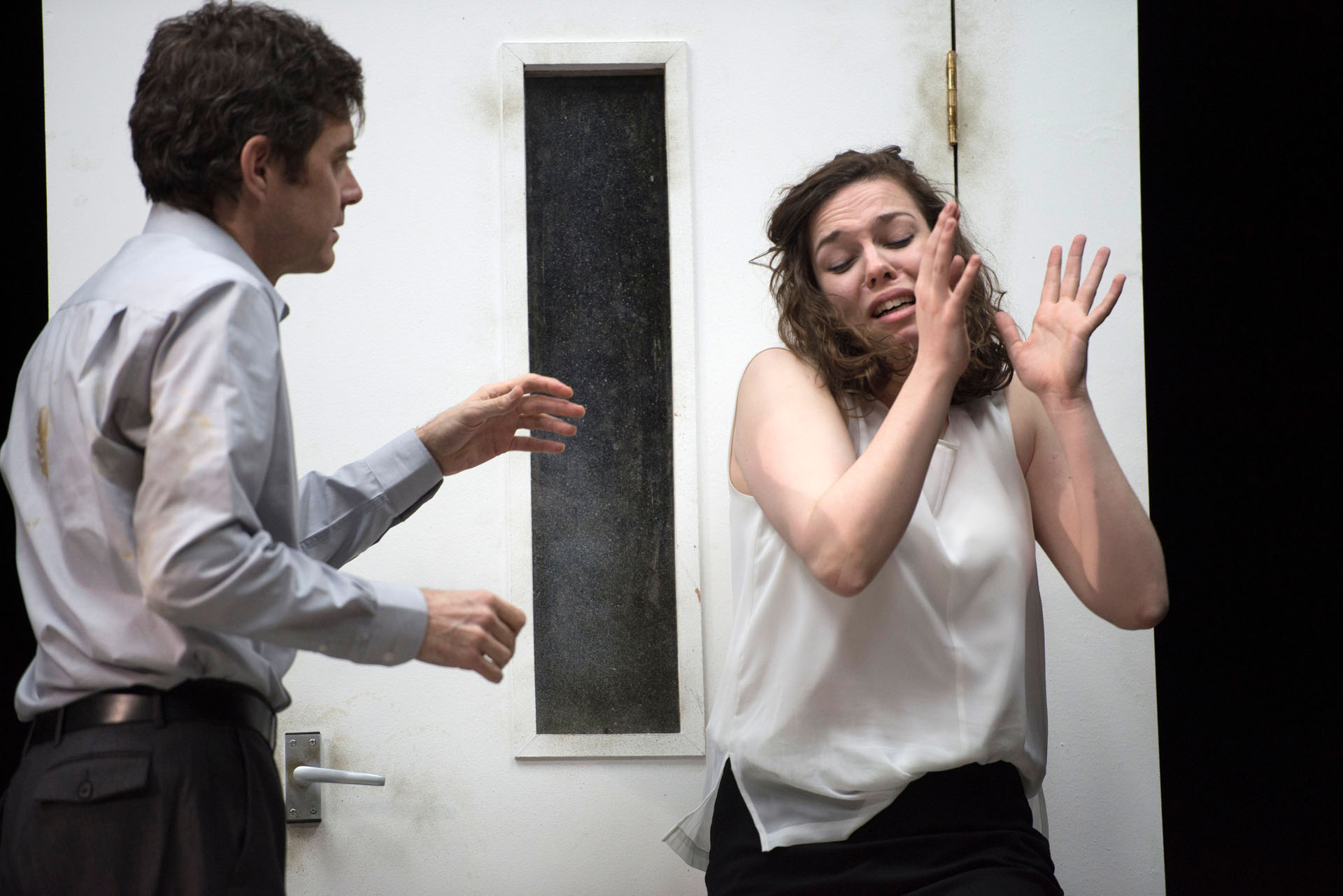 David Harrower’s Blackbird depicts a meeting between a middle-aged man and a young woman. They rake over their relationship which ended when he was 40 and she was only twelve years old. “Brutal, exacting and emotionally fraught” (The Stage), this show pulls no punches.

The Sunday Herald described it as “one of the most daring new plays of recent years”. It first premiered at the 2005 Edinburgh International Festival. Since then it has won an Olivier award and has seen performances across the world. Directed by Gareth Nicholls, Citizens Theatre Main Stage Director in Residence and director of the 5-star production, Into That Darkness. Citizens Theatre Actor Intern Camrie Palmer (Una) performed together with Paul Higgins (Ray). Paul Higgins, being best known for his TV roles in Utopia and The Thick of It.