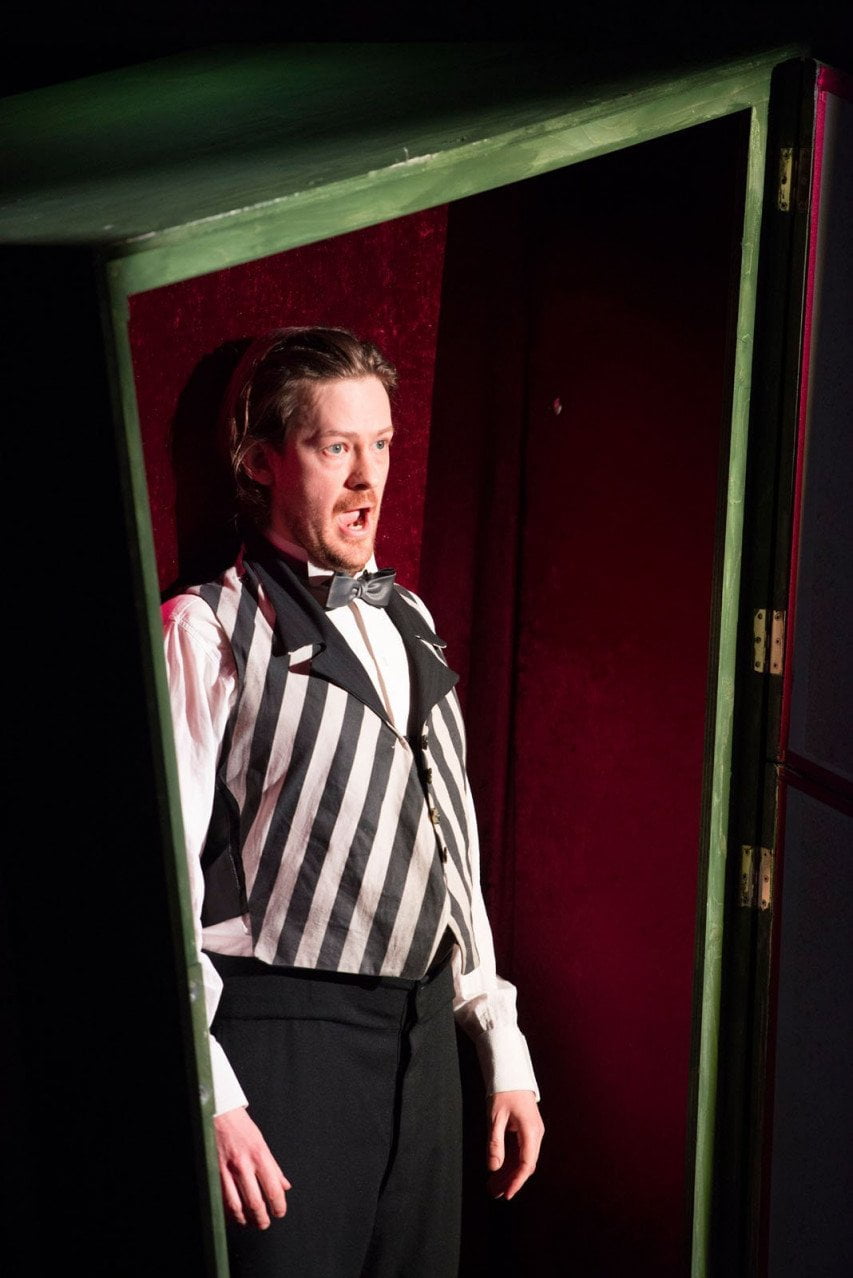 The Cabinet of Dr. Caligari

The Cabinet of Dr. Caligari was written by Hans Janowitz and Carl Mayer, both of whom were pacifists by the time they met following World War 1.

Scottish Opera‘s Connect Company, young singers and players aged between 14 and 21 photographed here. Based on the 1920s German silent horror film, Scottish Opera’s production transports the action to 1890s Glasgow, telling a dark and twisted story where both friends and minds may be lost.

Dr Caligari is a charismatic carnival entertainer who uses a mysterious cabinet to lure in his unsuspecting audiences. Intrigued, friends Francis, Jane and Ellen watch the showman as he reveals the secret of the cabinet. Tragedy soon follows as the trio struggle to avoid their fate – murder, mayhem and descent into madness awaits.

This darkly gothic, steampunk-inspired production takes a journey from Glasgow Green to Gartloch Asylum. Specially written to showcase the skills of talented, young singers and musicians, it is full of colour and moments of comedy, but never far away from the dark story at its core.